Orwell’s England Number Two: Pleasure of seeing a fire in a grate again 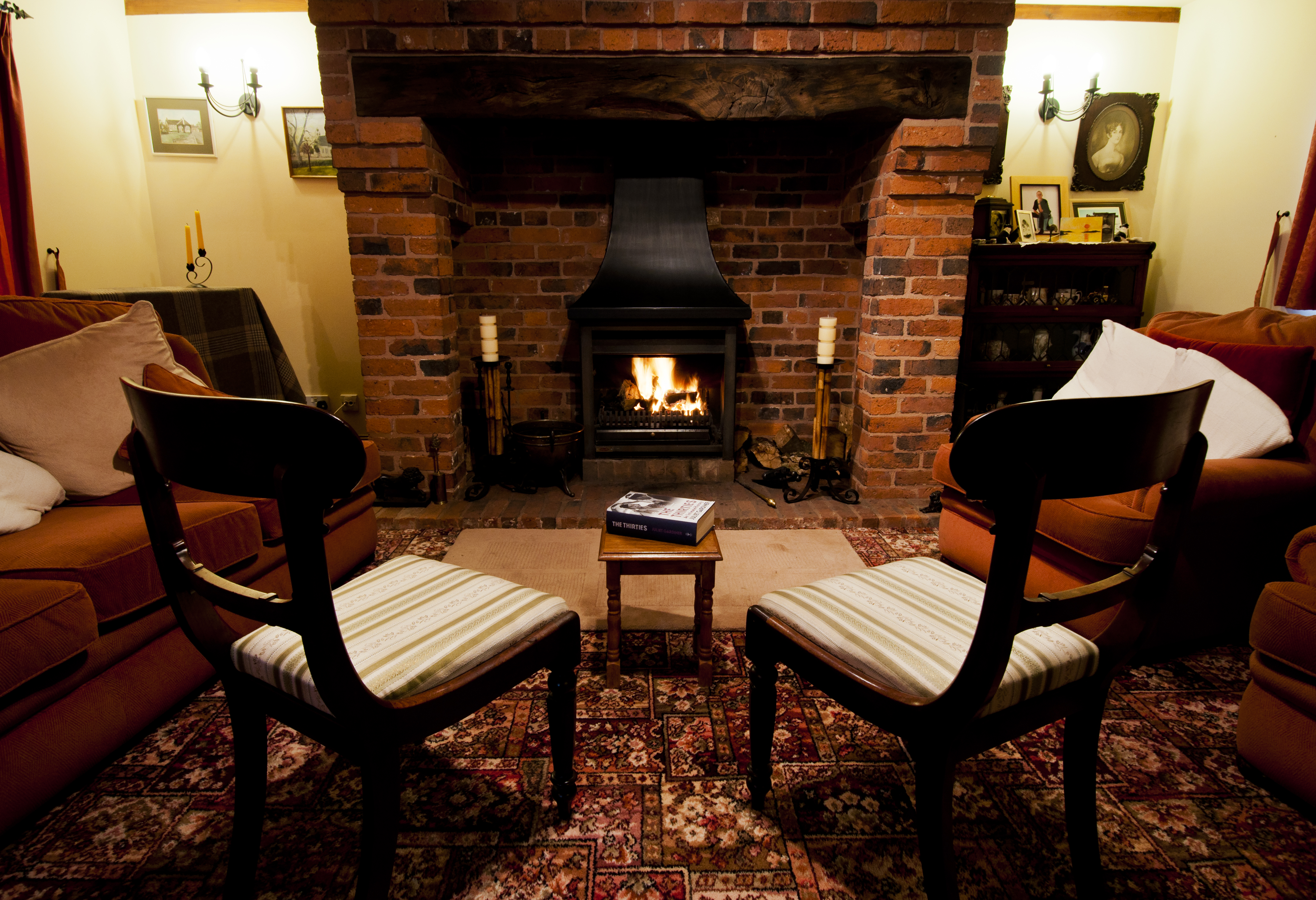 Subject: Pleasure of seeing a fire in a grate again

Neither of my parents have ever lived in a house without a fire. My mother grew up in an unheated rural semi on the east Yorkshire coast not far from Filey’s pancake flat beach and sweeping bay. They used to gather round the fire for nine months of a year during her childhood years. The fire was the ultimate domestic appliance: boiling steel jugs of water either for cooking or bathing, drying clothes, toasting bread and heating shivering bodies that had been rasped by the northern winds.

This is a common story. And I imagine that two hundred miles to the south west in Worcestershire, my father was raised by the fireside like others of his Baby Booming generation (although he doesn’t talk of it as my mother does). Nowadays fires are confined almost exclusively to rural areas and one of the great anachronisms of our British landscape is looking out across any town or city and seeing the rows of chimneys that rise from pre-war terraces – not one of them serving any use at all.

But either out of sentimentality or practicality my parents have remained attached to the idea of the winter fire and I was raised to the brilliant sound of coals rumbling from the scuttle, the blunt echo of a poker in the grate and the musty smell of damp fire wood. I might be straying into sentimentality here and forgetting all the unnecessary labour that they create in sweeping, stacking, minding and so on, but I still feel that a fire adds an element of excitement to any household that has one. There’s an almost staple Dickensian line of description that worms its way into most of his novels which involves one of his characters ‘stirring up an infant fire’, often mid-thought, mid-conversation or mid-panic. It’s hard to imagine such a vivid scene taking place around a modern thermostat.

Fires were a common feature and routine of life during the first half of the nineteenth century when Orwell lived. In one of his Evening Standard essays in 1945, The Case for the Open Fire, he wrote about them explicitly. With the war recently finished and London’s bombed neighbourhoods in the process of regeneration, Orwell worried that the open fire was to be replaced by a new form of standardised heating – which did indeed materialise. One of the great virtues of the open fire, he argued, was that as it only warmed one end of a room it forced individuals ‘to group themselves in a sociable way.’ He goes on to conjure a typical scene:

To one side of the fireplace sits Dad, reading the evening paper. To the other side sits Mum, doing her knitting. On the hearthrug sit the children, playing snakes and ladders. Up against the fender roasting himself, lies the dog. It is a comely pattern, a good background to one’s memories, and the survival of the family as an institution may be more dependant one it than we realise.

All this seems today rather prescient. And it’s relatively simple to construct the contrasting scene in the winter of 2012. Dad sits alone in his office browsing listlessly through the news on his iPad. Mum sprawls back before the television after a busy day in the office. The children are engrossed in little virtual worlds in their bedrooms, occasionally gasping or shouting. The dog scampers between them all, trying to remind them that he exists.

I digress. The reason I am writing this post is because the second of my set subjects in my Orwell’s England project was to take a photograph of ‘The pleasure of seeing a fire in the grate again.’

Going back to my parents’ house in Staffordshire gave me an opportunity – and this is the very first fire of their 2012/13 season. For a little added effect I’ve put a copy of Juliet Gardiner’s The Thirties in the shot and arranged the furniture in what I hope is a more or less symmetrical way . This shot is a long exposure taken with a wide-angle (10-24mm) lens.