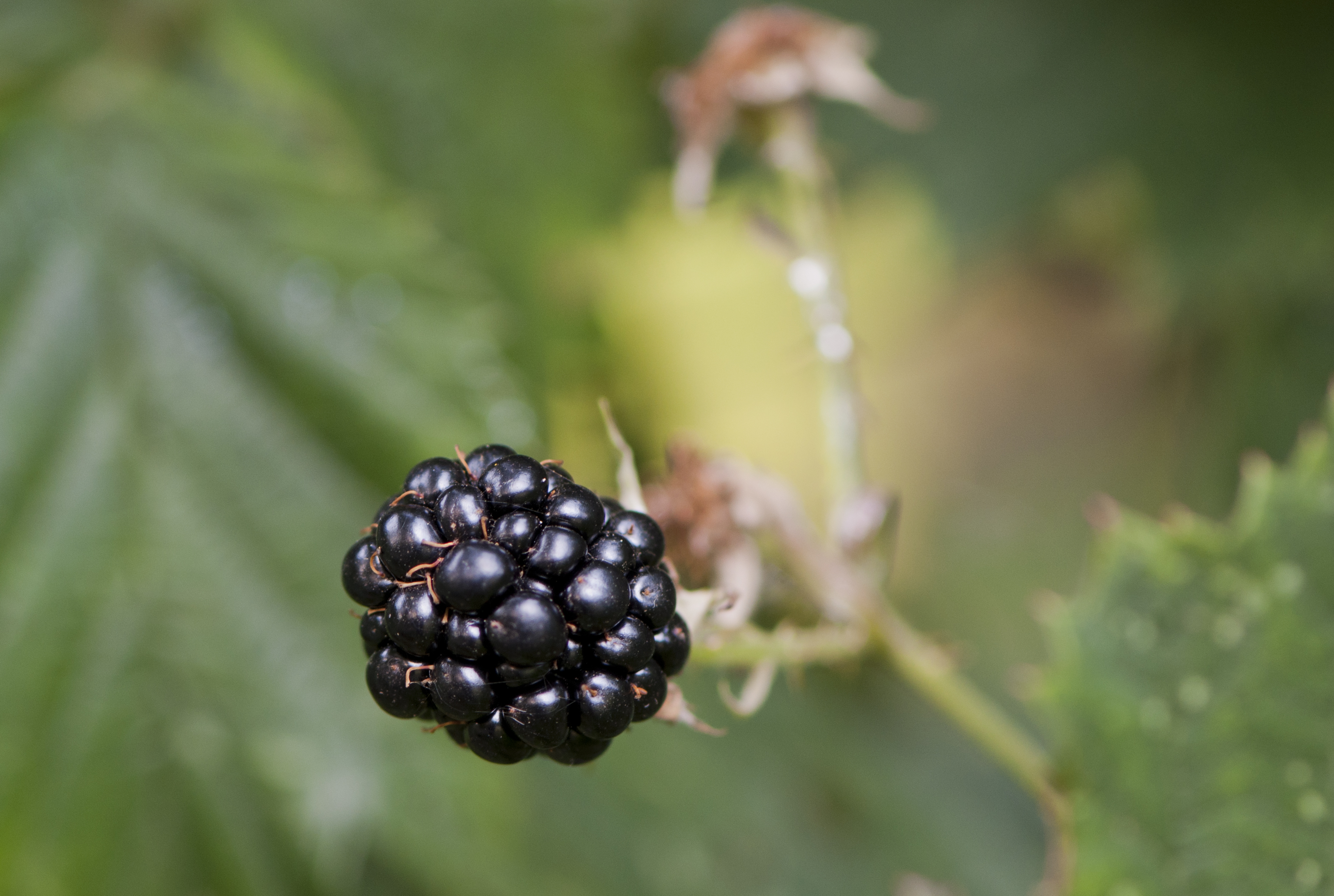 I’m starting this Orwell’s England project off with blackberries, and I imagined that they would be a relatively simple beginning. It turned out that I was wrong.

My first worry was that I might be a little late for this year’s blackberry crop, which generally is at its best during the first half of September. Up in Cassiobury Park in Watford, though, I found a good three or four mounds of briars filled with ripe (a deep dark violet, very close to black), ripening (red) and unripe (green) berries – which actually aren’t berries in the true botanical description as unlike a berry they are comprised of a number of juice-filled cells.

I thought that taking a photograph of these blackberries in their natural habitat was a better, more authentic alternative than going to Sainsbury’s, buying a tray and then shooting them in the comfort of my kitchen. But getting a picture of these in the park was tricky. The light was good, but a breeze was blowing all weekend, leaving the berries and the briars swaying just enough to make things  tricky.

I thought my 35mm prime lens might be good for the task, but it wasn’t and everything turned out a frustrating blur. There’s something in the waxy texture of a blackberry’s skin that makes it difficult to capture sharply and the 35mm was not up to it. I had more luck with an old kit lens, but in the end and after a chat with my friend Richee Wilson it was clear that I’d have to get a proper macro.

So the shot above was taken yesterday afternoon with a new lens that I’ve hired from Lenses For Hire, who I’ve used a few times before and who are always very good. For those of you interested in such things it’s an f16 at 1/80 of a second. The lens in the Nikon AF-S 105mm f/2.8 Micro – Micro being Nikon-speak for Macro. I’m still not sure if I’m entirely happy with it, and by the rules that I’ve set myself I’ve a week or so to change it around if I get a better shot. But it’s a start and in the meantime there’s a few others up on my Flickr page.

I’m taking this photo, of course, because Orwell mentioned blackberries in his Why Bad Climates are Best article in 1946. For Orwell blackberries were evocative of September, and we know through his diaries that he was fond of them. In October 1939, just a month after war was declared, successive entries show him at work in the garden of his cottage in Wallington in Hertfordshire, harvesting his own crop of blackberries and setting up the wires and stakes for the briars the following spring.

You can read a diary extract of Orwell squirreling away blackberries at the back of his shed here.