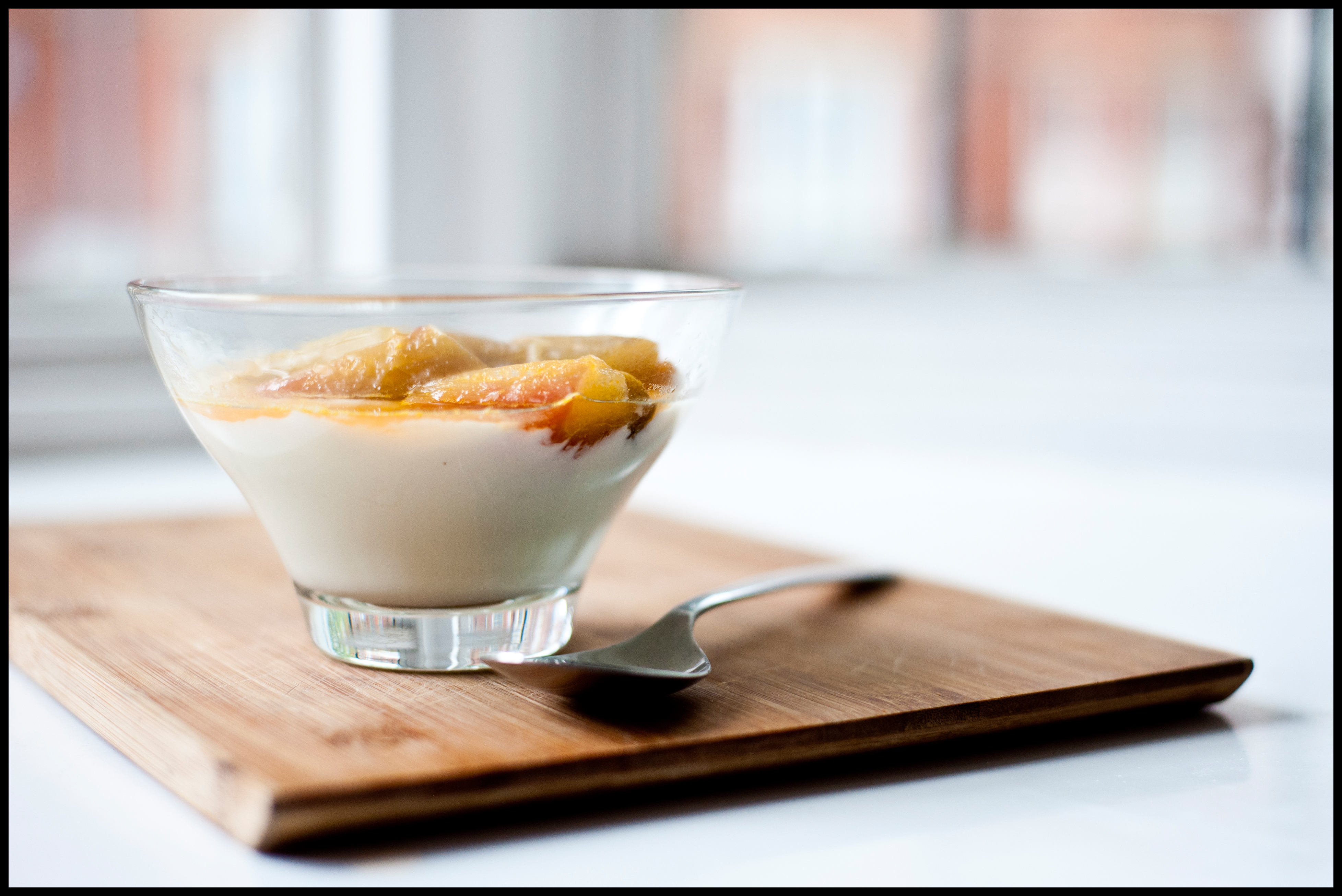 Orwell marked stewed rhubarb down for his second association in May, setting me an easier photograph than many of the others and also prompting me to go off into Google Books to discover more about this divisive crimson red vegetable (or fruit if you’re in the US).

There’s a useful tool that I sometime use with my writing research to track the popularity of a word or phrase over time. It’s called Google Ngram and it tallies up the appearances of a specific keyword in the Google Books corpus and, generally, it’s a good indicator of fashion, both linguistic and cultural, as the years roll by.

I thought I’d try this with the keyword phrase ‘stewed rhubarb’ and I got the following result.

You can see that stewed rhubarb was really a Victorian invention, the phrase first appearing in print around a third of the way through the nineteenth century. From then on it steadily gained popularity and in the 1890s it had an enormous surge.

From the turn of the twentieth century till after the end of the Second World War ‘stewed rhubarb’ rode high in the ratings and, interestingly, this period chimes precisely with the period that Eric Blair was born and developed into the great political thinker we know today.

When Orwell wrote Bad Climates Are Best in January 1946 ‘stewed rhubarb’ was enjoying its second spike in popularity in the century, a fact that it most likely attributable to the Dig For Victory drive in the UK that encouraged people to grow and consume their own produce.

Google Ngram is not perfectly scientific but it usually gives a good indication of trends over time, and it is well worth entering old words such as ‘countenance’ and ‘convivial’ and stack them up popular words of today like ‘awesome’ or ‘literally’.

In this instance it gives us a good explanation as to why Orwell thought of stewed rhubarb when calling up his association for May.

This photograph was much simpler to take than any of the other recent ones – rhubarb being much slower than a swallow, less camera shy than a sunbathing couple and more common than a pair of boxing hares.

I shot it with a 50mm prime lens on my D700 with the natural light of a murky spring day lighting it from behind. Here’s the stewed rhubarb recipe I used.