The Weather Experiment: The Pioneers who Sought to See the Future

In 1865 a broken Admiral Robert FitzRoy locked himself in his dressing room and cut his throat. His grand meteorological project had failed. Yet only a decade later, FitzRoy’s storm warning system and ‘forecasts’ would return, the model for what we use today.

In an age when a storm at sea was evidence of God’s great wrath, nineteenth-century meteorologists had to fight against convention and religious dogma. But buoyed by the achievements of the Enlightenment a generation of pioneers set out to explain the secrets of the atmosphere and learned to predict the future. Among them were Luke Howard, the first to classify the clouds, Francis Beaufort who quantified the winds, James Glaisher, who explored the upper atmosphere in a hot air balloon, Samuel Morse whose electric telegraph gave scientists the means by which to transmit weather warnings, and FitzRoy himself, master sailor, scientific pioneer and founder of the Met Office.

Reputations were built and shattered. Fractious debates raged over decades between scientists from London to Galway, Boston to Paris. Explaining the atmosphere was one thing, but predicting what it was going to do seemed a step too far. In 1854, when a politician suggested to the Commons that Londoners might soon know the weather twenty-four hours in advance, the House roared with laughter.

Listen to the BBC Radio 4 Book of the Week broadcasts here.

Listen to a conversation with Doug Fabrizio on Radio West here.

“Richly researched, exciting … [The Weather Experiment] is both scientific and cultural history, of prize-winning potential, and as fresh and exhilarating throughout as a strong sea breeze.” – James McConnachie, Sunday Times

“Elegantly constructed … “The Weather Experiment” surprises constantly, often by weaving together the famous and the obscure. Samuel Morse’s invention of the telegraph in 1844, for example, leads Mr. Moore to the story of weather sequences being plotted for the first time. An 1861 lecture by the physicist John Tyndall on the absorption of radiant heat turns out to establish the science of greenhouse gases.” – Mike Jay, Wall St Journal

“[A] superbly researched and grippingly written book … Moore is at least as interested in the personalities and their rivalries, and the sheer spendour and catastrophies of weather itself – storms and shipwrecks, heatwaves and floods (all vividly described) – as by the science. And he weaves it together, deftly picking up threads left dangling in earlier chapters, darting across continents, embracing swashbuckling sea captains and fastidious bureaucrats, penny-pinching politians and mad inventors, with as sharp an eye for eccentricity, absurdity and tragedy as for genius. The result is a panorama of the entire Victorian era … it races along like FitzRoy’s Beagle rounding Cape Horn in a gale.” – Richard Morrison, The Times – Book of the Week

“Fascinating … The Weather Experiment is a genuinely gripping read, and demonstrates how scientific ideas can come ahead of their time.” – Gavin Pretor-Pinney, author of The Cloudspotter’s Guide and founder of the Cloud Appreciation Society, Mail on Sunday

“(A) gripping account of nineteenth-century weather science … The Weather Experiment is not the first book to have been written about FitzRoy – he has been the subject of three recent biographies as well as a novel, Harry Thompson’s This Thing of Darkness (2006) – but Moore’s achievement is to imbue him and his work with palpable narrative life, while surrounding him with a large supporting cast of contemporaries (“FitzRoy’s Meteorological Galaxy”), many of whom deserve books to themselves.” – Richard Hamblyn, author of The Invention of Clouds, Times Literary Supplement

“Thought-provoking … Rich and informative … Arnold Toynbee once railed against the view that ‘History is just one damned thing after another’. Recording weather data day in, day out must feel like one damn temperature reading after another. Yet Moore has skilfully converted decades of routine monotony into a gripping tale of derring-do.” – Dr Patricia Fara, Clare College Cambridge, The Literary Review – Book of the Month, June 2015

“An engaging, often surprising work of storytelling, written with such care and pleasure.” – Daniel Hahn, The Spectator

“Moore’s enthusiasm for his subject and the astonishing audacity of those long ago storm chasers make the book a deeply enjoyable read.” – William O’Conner, The Daily Beast

“Rich and enlightening, I’ll never look at a dewy morning in the same way again.” – Sarah Bakewell, author of How to Live: A Life of Montaigne in One Question and Twenty Attempts at an Answer

“The best introduction to the historical beginnings of the weather forecasting we now take for granted.” – Harold L Burstyn, ISIS Journal

“My forecast: you will be swept away by the vigor and eloquence of Moore’s well-researched narrative.” – Laurence A Marschall, Professor of Physics, Emeritus at Gettysburg College, Natural History Magazine

“Moore writes about this band of ad hoc scientists with brio, and it’s hard not to be awed and charmed by their united “quest to prove that earth’s atmosphere was not chaotic beyond comprehension, that it could be studied, understood and, ultimately, predicted … Detailed and insightful, this book is as relevant as ever in this era of rapid climate change.” – Kirkus Reviews 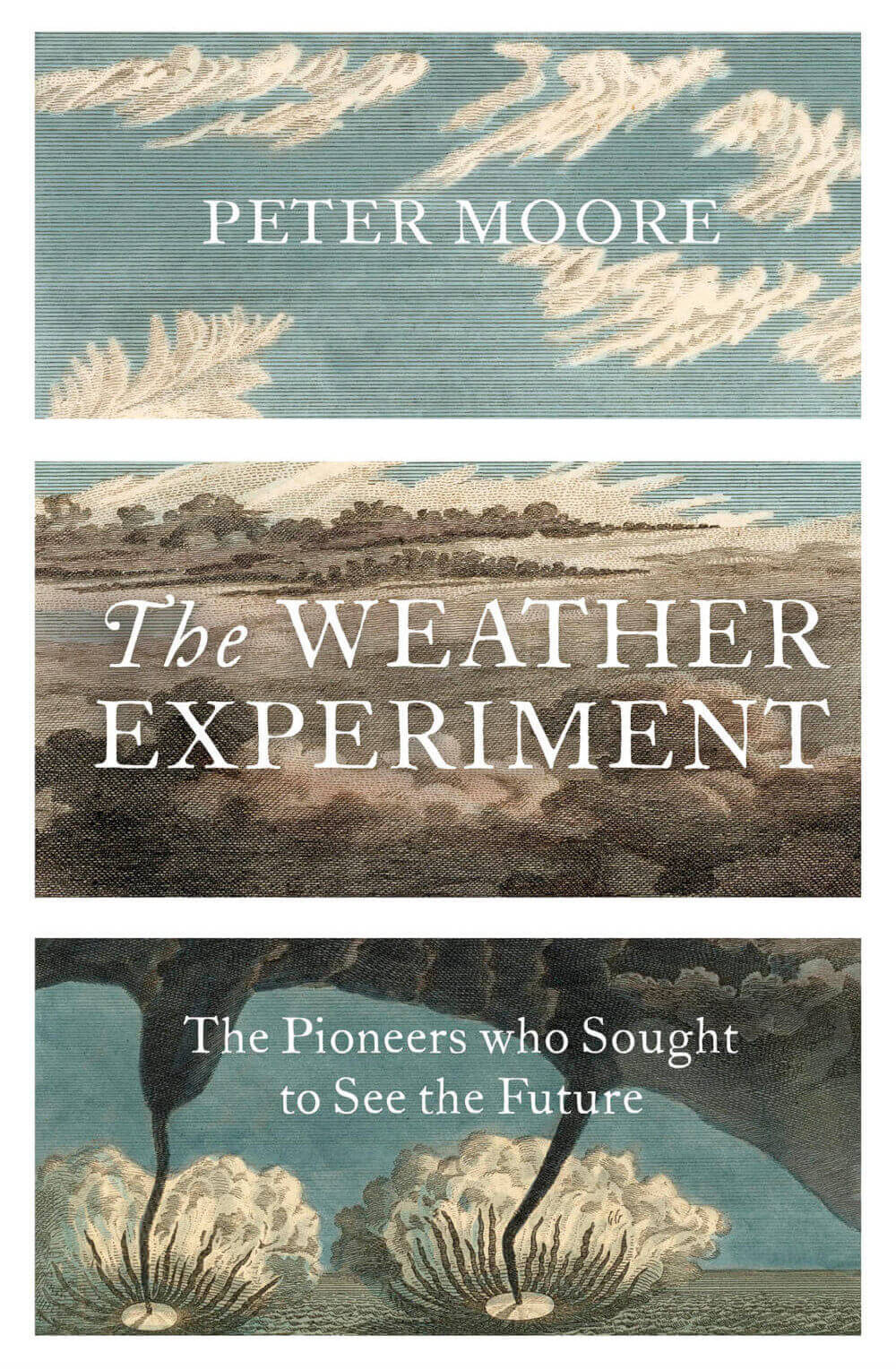 Readers in the USA: Amazon.