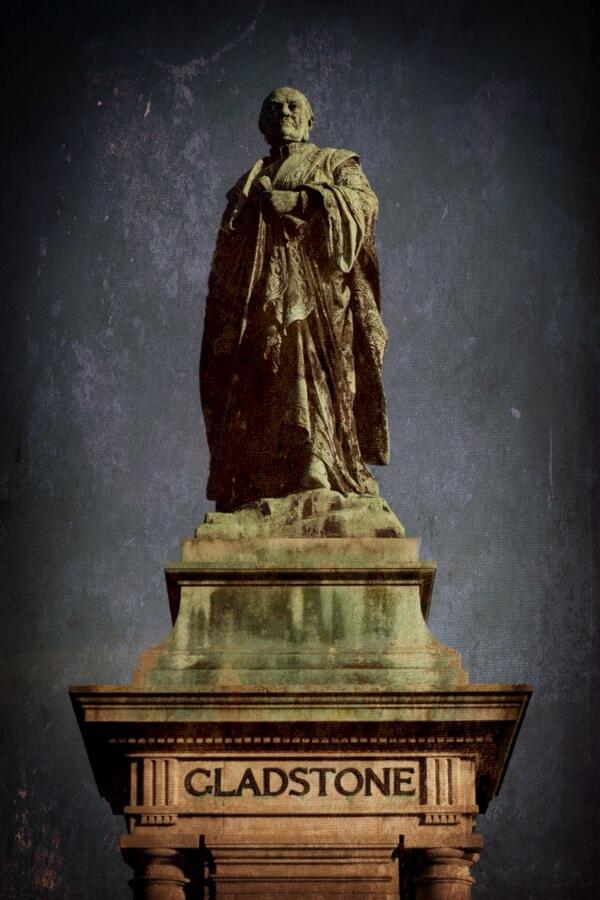 A winter’s spun by, Somerset’s gone underwater, good old Tommy Finney’s died and so has Nelson Mandela, goodness knows how many Italian prime ministers there have been, the vanguard of the daffodils have burst out and the rest are well on their way.

I’ve not managed a blog post in all that time as I’ve been working on my weather book – which has grown from a clutter of scribbled notes into ten neat chapters (two to go). I’m not one for talking about a book till it’s finished, printed and stacked up in brown boxes at the publishers, so there’s not been much on here. Not even my historical miscellanies.

But I feel as if I’m (almost) out on the other side now and, happily enough, I’m sat up in the gallery of Gladstone’s Library in Hawarden, in the Welsh Marches. I’ve been here since last Saturday and I’m going to be staying for the rest of the month as their writer in residence.

Let me pause for a second here and drift back to the year 2008. It was then that I, as in the immortal words of Edward Gibbon, ‘unprovided with original learning, unformed in the habits of thinking, unskilled in the arts of composition, resolved to write a book.’ I did what everyone tells new writers to do and went and bought a heavy red copy of the Writers and Artists Yearbook. Writing history I went straight to the section entitled ‘Advice From a Non-Fiction Writer’. I can’t remember who wrote it but the advice went (something) like this:

‘When I have finished my research I leave town immediately and head to the country. There I adopt a strict routine. I get up early, say six o’clock. Write till twelve and aim for a thousand words. Print it out. Rest in the afternoon and drink a bottle of wine. Then get to bed early so I can start again in the morning. I do this for ninety days and then, hey presto! I’ve a book all finished in a big printed pile for my publisher in London.

Living in Bethnal Green on a journalist’s wage you can imagine how useful I found this advice. I have told the story many times since as a joke and I’ve never yet found another writer with a spare house, stocked to the rafters with fine wine and total silence.

It was a writer’s paradise. a literary Arcadia – where did these places exist?

But now I find myself in Gladstone’s Library. Meals cooked, all the quiet in the world. It is a magnificent treat. I’m currently sat in an alcove, perhaps ten feet deep. I estimated that on my right hand side, within two feet of me, are about one hundred books. Three feet off to my left there’s approximately another two hundred books. I imagine – and this is a wild guess – that there must be about two thousand books in my field of vision. I’m told that there is a quarter of a million books in all, thirty thousand of them owned by Gladstone himself. For the kind of writing I do it’s a dream. I feel like Augustus Gloop must have done when he first wobbled into Willy Wonka’s Chocolate Factory and spotted the chocolate waterfall.

So with all best intentions I’m going to fire up this blog again. I’m going to post snippets in my Historical Miscellany as often as I can. I’ve got my camera for Hawarden-related photographs. There’s an enormous number of Gladstone’s letters that I’m going to sift through and I’m going to try and tease some interesting biographical details out of them in an attempt to separate the man and the myth.

(I’m stopping off the wine though.)