The Guardian and David Cameron’s Bookshelf 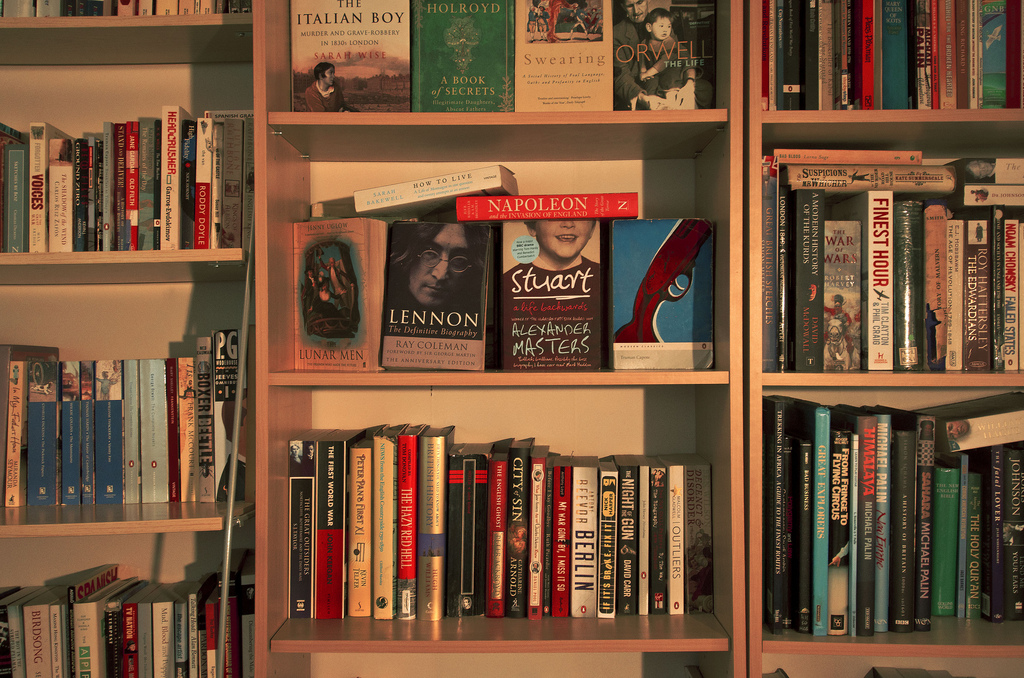 On a week when questions of personal privacy have been flooding the press, the Guardian managed to shamelessly crane its neck into Downing Street through an open window. This open window, of course, was not of the conventional variety and instead came in the shape of a photograph – posted on the Official Whitehouse Flickr stream.

The foreground of the image depicted Michelle Obama and Samantha Cameron engaged in a seemingly rosy conversation, on a spongy mustard-yellow sofa in the Cameron’s flat above 11 Downing Street. Behind them, plain for all to see, the living area opened out into a spotless kitchen and to the right of Samantha Cameron’s head stood one of the Prime Minister’s bookshelves – crammed with DVDs and books.

‘Inside Sam and Dave’s pad: help us catalogue the Downing Street bookshelf,’ the Guardian declared when they noticed the image (which was last Wednesday). Here they were indulging in their two favourite current pastimes, viz. lassoing their readers into the journalistic process (something which has been going on since the MPs expenses scandal) and, secondly, sounding worryingly like a tabloid.

I’m not sure how successful the experiment was – though it was certainly a fun and provocative idea. Just as the photograph was a window into the Cameron’s flat, the journalists hoped that the bookshelf, in turn, would be a window into David Cameron’s mind. Perhaps careful scrutiny would reveal a liking for a particular author or certain genre. And what deductions could we make if only we knew that the man steering the government liked science fiction, or hardboiled crime, or Irvine Welsh or (god forbid) Katie Price?

I don’t blame the Guardian for attempting this. It’s relatively fair to judge a person you don’t properly know on their bookshelf. Unlike other things that we remain saddled with from childhood, like our accents or social classes, at least we can control the contents of our bookshelves and build them up slowly over time. As we don’t tend to throw old books away they become a silent testimony to who we are, charting our emotional and intellectual evolution through the years.

This is perhaps why I find bookshelves fascinating things and a similar argument could be made for a record or CD collection. As far as bookshelves go, the Guardian has a Flickr group for readers to post photographs of their own and, if you’d like to judge me, then a bit of mine is at the top of this piece – or can be seen on Flickr here.

PrevBook Review – The Atmosphere of Heaven by Mike Jay
Bill Bryson, Tobias Smollett and two descriptions of the City of DurhamNext