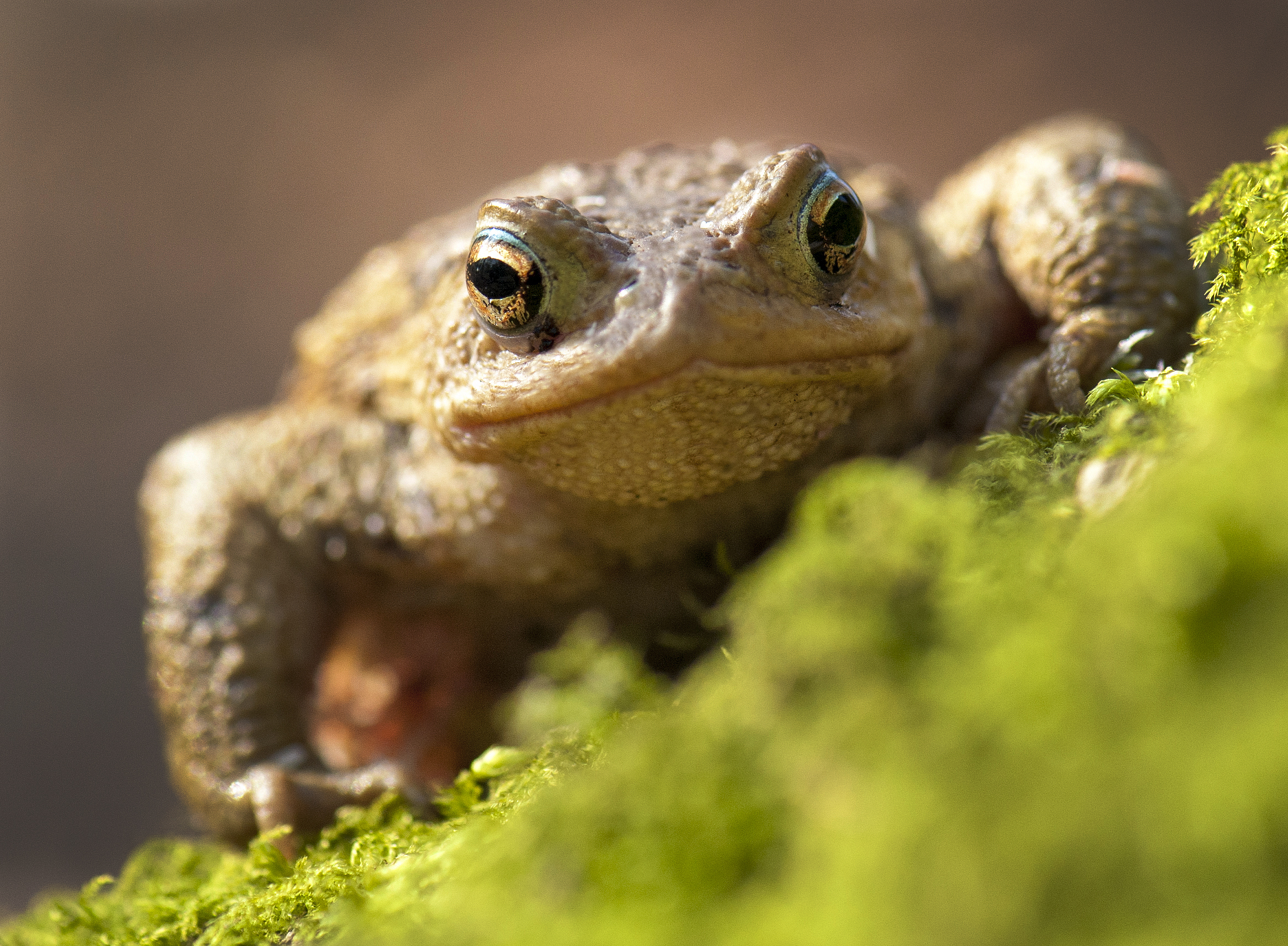 When I began this project in September two challenges stuck out in this list of photographs above all others. The first was the picture of the hares boxing in the meadows and the second was this, a shot of a common toad.

The common toad is not one of Orwell’s associations from his Why Bad Climates Are Best article. But I have added it to my calendar as he failed to list any strong associations for February when he might easily have noted: ‘February – toads appearing from their holes in the garden and making swiftly for the nearest pond.’

I say this because of his famous piece Some Thoughts on the Common Toad – a rousing piece on the importance of nature in a world that has lost its way with war and politics. He begins:

Before the swallow, before the daffodil, and not much later than the snowdrop, the common toad salutes the coming of spring after his own fashion, which is to emerge from a hole in the ground, where he has lain buried since the previous autumn, and crawl as rapidly as possible towards the nearest suitable patch of water.

To Orwell the toad was a memorable herald of the warmer months. It was not so celebrated as the skylark or the primrose, he noted, not having so ‘much of a boost from the poets.’ But for Orwell the moment the wet spring soil trembled and broke and the toad’s broad face appeared out of a small hole in the ground was as strong and alluring a springtime image as anything.

It is in this essay, perhaps, that Orwell most fully explains his affinity with nature and in particular his draw to the English countryside. To observe one toad appearing from his hole in a lifetime would be a memorable event. Busy gardeners might experience it a number of times but for the majority of us it is a phenomenon that happens away from our eyes.

But in his essay Orwell paints the scene as an annual event and reconstructs those first moments of rebirth with such care that it suggests deep knowledge. We are left with the picture of an outdoors man, yet again in the little walled garden of his cottage in Wallington, crouched down watching with a botanist’s eye one of the subtle charms of the natural world. It’s a world away from the vision of Orwell the political animal.

It seemed to me that Orwell had the toad’s emergence down for February – ‘not much later than the snowdrop’ – and so I searched all the wet ground I could for signs of them throughout the months. It turned out to be far too cold for the toads. I asked several gardeners and they all told me the same – that they hadn’t seen any toads and that they didn’t expect to for several weeks yet.

It seemed a futile task. In the end I was driven to asking around for any pet toads, but toads aren’t in much demands as domestic creatures and in the end I turned to Mark Amey, our local animal expert.

Mark keeps a fascinating array of creatures in his home-cum-zoo in Bovingdon, Hertfordshire. He has snakes, rats, spiders and scorpions among his collection (which also includes a crocodile) and happily enough for me he had a small common toad.

This is a photograph of Mark’s toad at Whippendell Woods in Hertfordshire. It was a glorious sunny Monday morning and I’d borrowed a 105mm 2.8 macro lens from my friend Marios, which allowed me to capture him sat on the root of a tree in the spring sunshine.

The biggest challenge photographically was getting the correct depth of field, the same problem that I had in September with the blackberries. Still, I’m happy to have got the face, the eyes and its snout all in good focus. The eye, it’s worth lingering on for a moment, was beautiful and striking. To Orwell the toad’s eye was a thing of beauty. He wrote:

[At this time of year] …his eyes look abnormally large. This allows one to notice, what one might not at another time, that a toad has about the most beautiful eye of any living creature. It is like gold, or more exactly it is like the golden-coloured semi-precious stone which one sometimes sees in signet rings, and which I think is called a chrysoberyl.

Read Orwell’s Some Thoughts on the Common Toad.