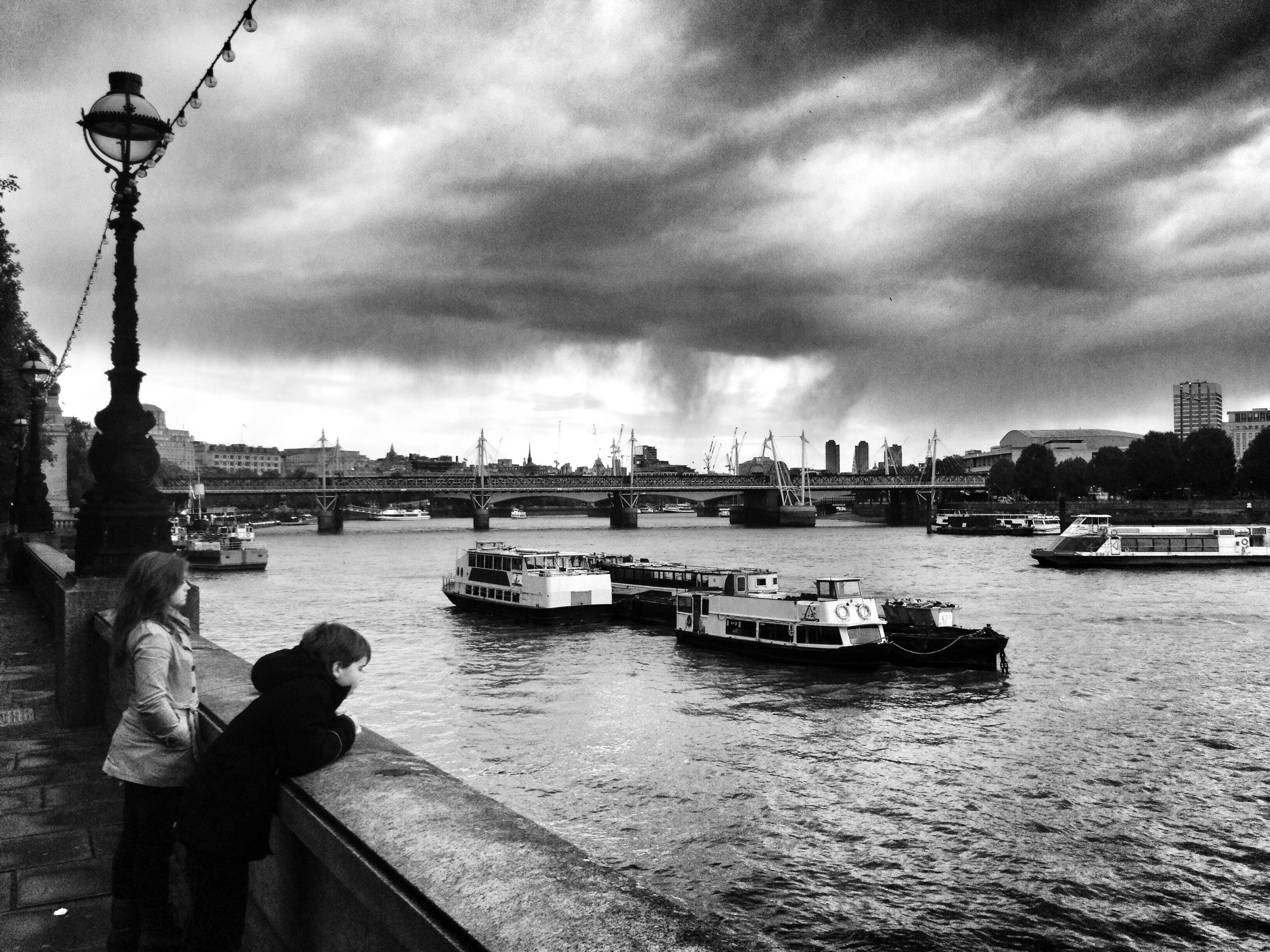 Yesterday the dying fragments of Hurricane Gonzalo blew over London. I woke in the night. It was about four in the morning and the bedroom window was rattling in its frame.

We’re at the beginning of storm season. October and November are typically the worst months for violent weather and after a long warm summer the atmosphere’s loaded with energy.

When I got up yesterday I went for a wander in the streets. The plane trees in our road had lost many of their broad leaves. They were starred across the pavements and in the road: most still pale green, some turning a brittle brown or a mustardy yellow.

It was still blustery too, a cold wind chasing the clouds from the north west. There’s a certain clarity to the air after a storm. It is cleansed of dust. The blue of the sky is different. Objects have a sharper definition and sounds seem somehow sharper, as if the earth has woken up after a jolt.

My laptop is broken at the moment – first the down arrow stopped working, then, the letter ‘M’ and then ‘I’, at which point I gave up and took it to the shop. So instead of staying in I went down to Westminster Pier to watch the skies  and shoot another time-lapse.

I set up the camera and watched the weather for two hours. The wind was gusting at about twenty miles an hour, enough to feel its force. The clouds were low, stratocumulus and cumulus of different shades gliding on the breeze and throwing shadows over the Palace of Westminster and the London Eye. After about half an hour of this a front blew in. My camera had been ticking away on the tripod – a shot every six seconds – and within a minute it lost five stops of light. 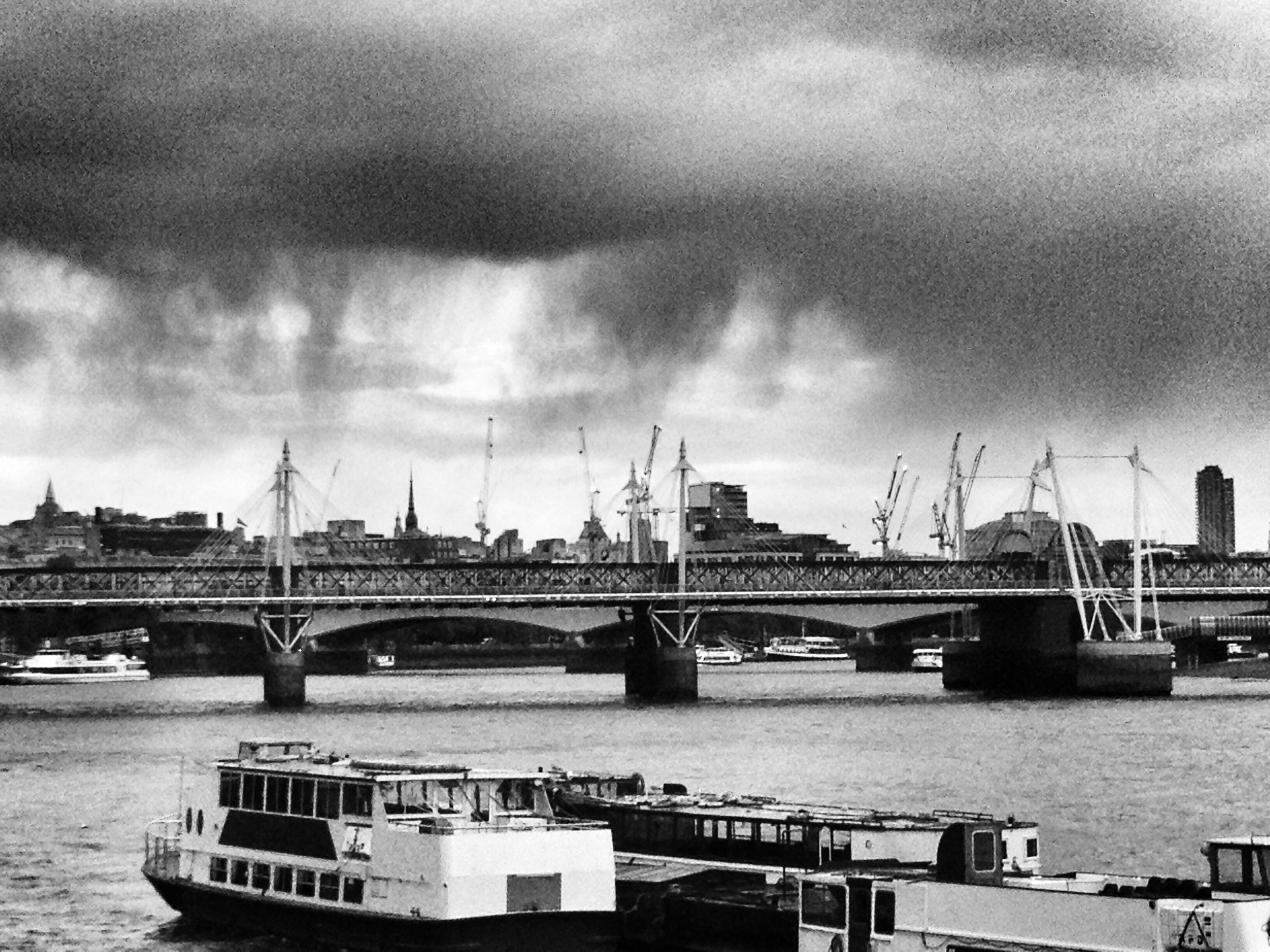 It is interesting to watch the bottom of a rain cloud, seeing the droplets peeling away from the cloudbase in columns and getting carried at an angle toward the ground.

But what I really hoped to see was a rainbow. I’ve been reading about them recently: how different sized raindrops create different shades of colour, about Alexander’s Dark Band and why no one can ever see a rainbow at noon on an English summer’s day.

So I kept a look out: – the sun behind me, 42° up from the ground, looking into the tumbling mists of rain. Like anyone else I’ve seen rainbows before, but this was the first time that I’ve ever really looked for one.

The rainbow came at 5.40 half an hour before dusk. With the sun so low the bow was upright against the dark clouds behind. It wasn’t a brilliant bow. I could only see a section of it, and the colours were weak, dominated by a lurid red.

In 1846 a French geometer called Urbain Le Verrier discovered the planet Neptune. It caused a sensation. It wasn’t just that Le Verrier had added a new planet to our solar system but that fact that he had not located it through the telescope, but worked out where it should have been through an application of mathematics. Arago, chief of the Paris Observatory, famously celebrated Le Verrier’s achievement declaring that he had discovered the planet ‘with the point of his pen’.

The astounding thing was that Le Verrier knew where to look. And, in my own very minor way, this is what I’d done  yesterday at Westminster. I thought a rainbow might turn up – the conditions were in its favour – and it did.

I’m interested in this idea of looking and seeing. Does looking for something, expecting something, close your mind to other possibility? Does it strip the magic from nature? Keats thought so.

Philosophy will clip an Angel’s wings,

Conquer all mysteries by rule and line,

Empty the haunted air, and gnomed mine—

Unweave a rainbow, as it erewhile made

The tender-person’d Lamia melt into a shade.