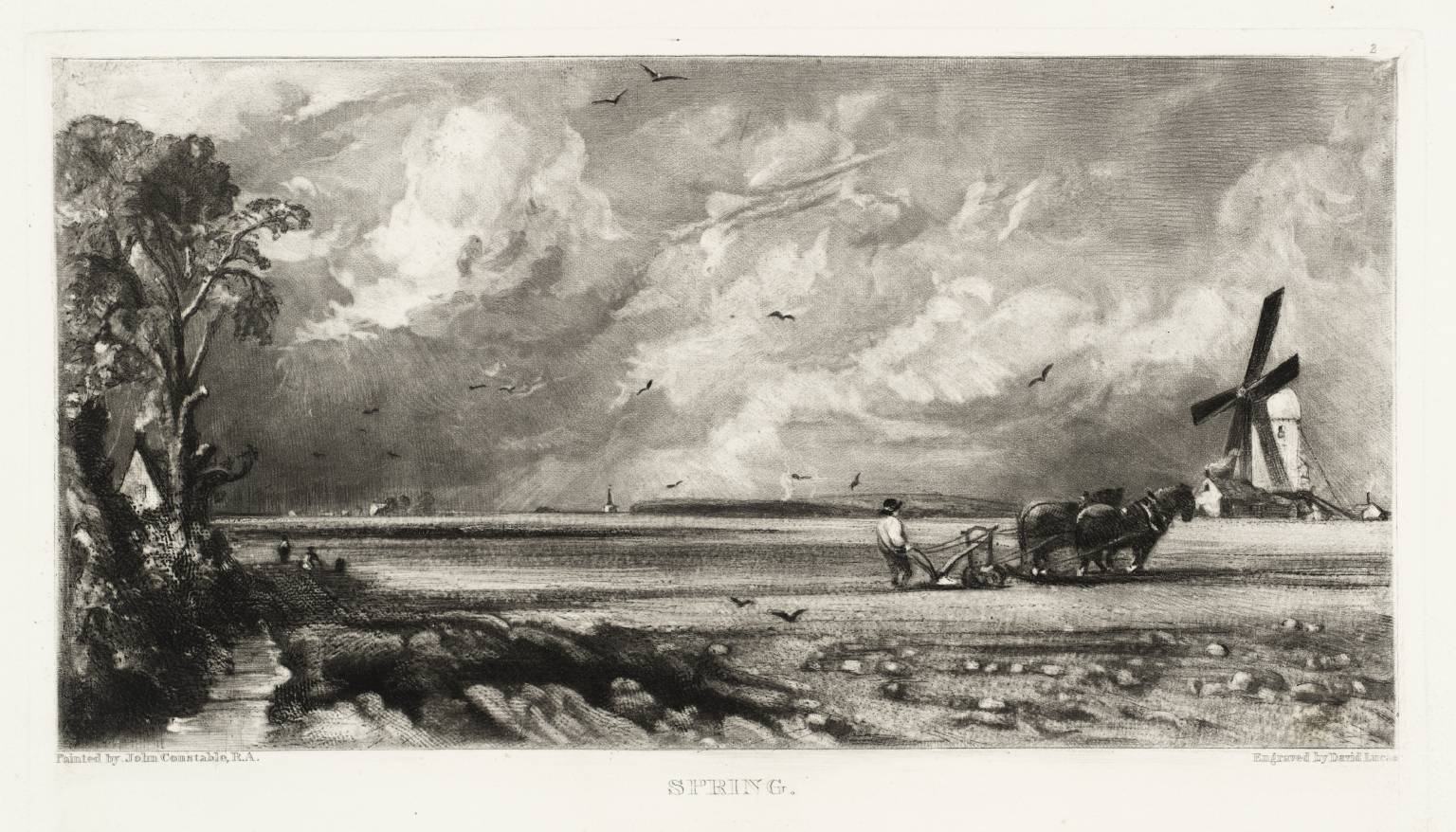 Robert Bloomfield’s long poem The Farmer’s Boy was one of the most popular publications of the Romantic period – apparently selling around 100,000 copies in the first three decades of the nineteenth century. One contemporary observed, ‘I have been informed by persons who travel into every quarter of the country, that almost the only books they are frequently able to find, are the Bible and the poems of Bloomfield.’

Here is an extract from the preface to the book, written by Bloomfield’s patron Capell Lofft, who acted as something of a prototype literary agent for the work.

Having the satisfaction of introducing to the Public this very pleasing and characteristic Poem, the Farmer’s Boy, I think it will be agreeable to preface it with a short Account of the manner in which it came into my hands…

In November last year I receiv’d a MS, which I was requested to read, and to give my opinion of it. It had before been shewn to some persons in London: whose indifference toward it may probably be explain’d when it is consider’d that it came to their hands under no circumstances of adventitious recommendation. With some a person must be rich, or titled, or fashionable as a literary name, or at least fashionable in some respect, good or bad, before any thing which he can offer will be thought worthy of notice.

I had been a little accustom’d to the effect of prejudices: and I was determin’d to judge, in the only just and reasonable way, of the Work, by the Work itself.

At first I confess, seeing it divided into the four Seasons , I had to encounter a prepossession not very advantageous to any writer, that the Author was treading in a path already so admirably trod by Thomson; and might be adding one more to an attempt already so often, but so injudiciously and unhappily made of transmuting that noble Poem from Blank Verse into Rhime; … from its own pure native Gold, into alloyed Metal, of incomparably less splendour, permanence, and worth.

I had soon, however, the pleasure of finding myself reliev’d from the apprehension: and of discovering that, although the delineation of Rural Scenery naturally branches itself into these divisions, there was little else except the General Qualities of a musical ear, flowing numbers, Feeling, Piety, poetic Imagery and Animation, a taste for the picturesque, a true sense of the natural and pathetic, force of thought, and liveliness of imagination, which were in common between Thomson and this Author. And these are qualities which whoever has the eye, the heart, the awakened and surrounding intellect, and the diviner sense of the Poet, which alone can deserve the name, must possess.