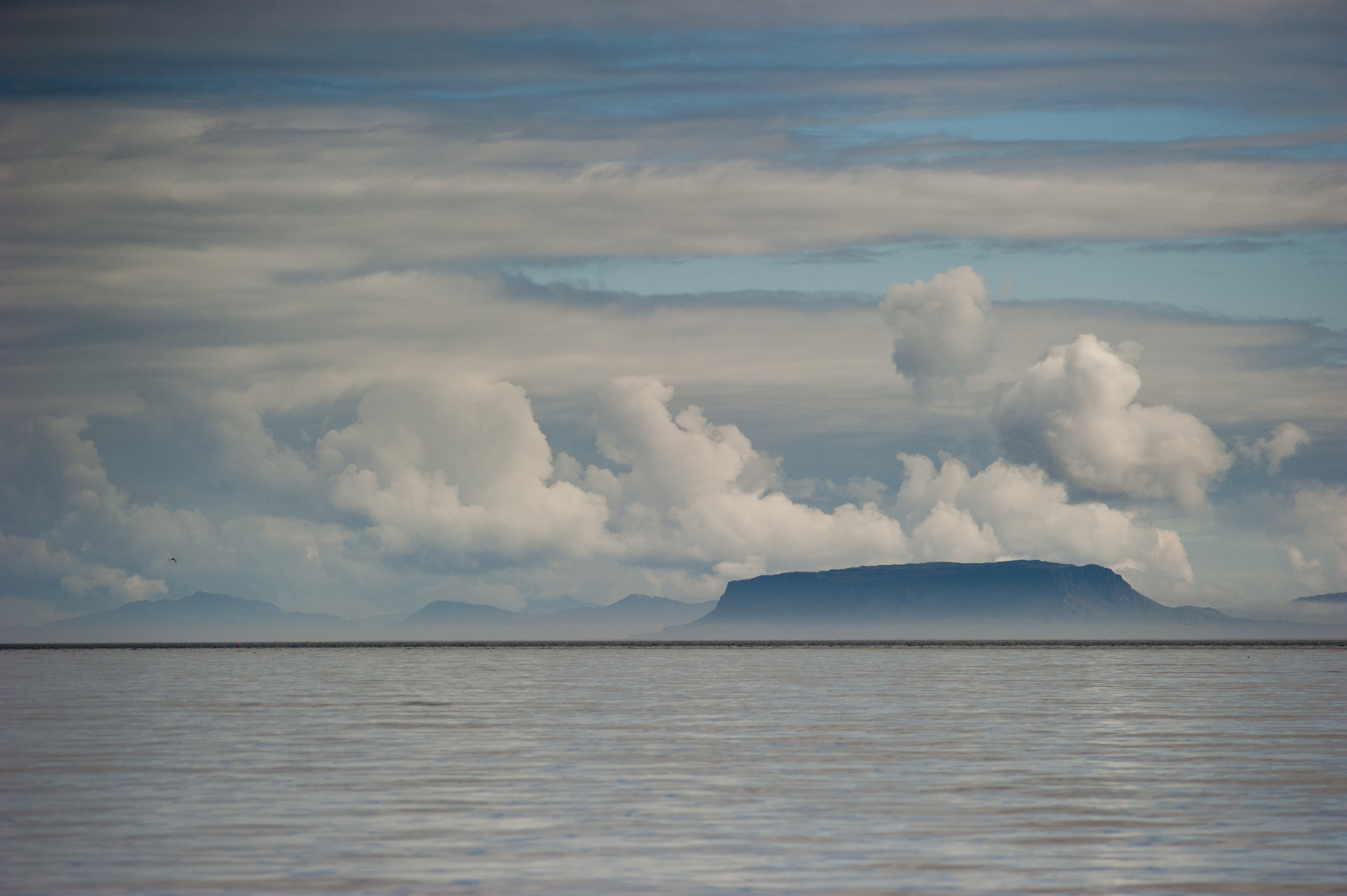 I visited the west coast of Scotland this week for the first time. And on Sunday morning with the sun cracking through the clouds I made the trip from Mallaig to the beautiful island of Skye. More than two centuries before Dr Johnson and James Boswell made a similar tour. Here’s Boswell’s account of a sailing trip from Skye to neighbouring Rasay (today spelt Rasaay)

We got into Rasay’s carriage, which was a good strong open boat made in Norway. The wind had now risen pretty high, and was against us; but we had four stout rowers, particularly a McLeod, a robust black-haired fellow, half naked and bare-headed, something between a wild Indian and an English tar.

Dr Johnson sat high on the stern, like a magnificent Triton. Malcolm sung an Erse song… The boatmen and Mr McQueen chorused, and all went well… We sailed along the coast of Scalpa, a rugged island about four miles in length. Dr Johnson proposed that he and I should buy it, and found a good school, and an episcopal church… and have a printing press, where he would print all the Erse that could be found.

Here I was struck with our long projected scheme of visiting the Hebrides realised, I called to him, ‘We are contending with seas’, which I think were the words of one of his letters to me. ‘Not much,’ said he; and though the wind made the sea lash considerably upon us, he was not discomposed.

After we were out of the shelter of Scalpa, and in the sound between it and Rasay, which extended about a league, the wind made the sea very rough. I did not like it. JOHNSON: ‘Now this is the Atlantick. If I should tell at a tea table in London, that I have crossed the Atlantick in an open boat, how they’d shudder, and what a fool they’d think me to expose myself to such danger.’

It was past six o’clock when we arrived. Some excellent brandy was served around immediately, according to the custom of the Highlands, where a dram is generally taken every day… On a side board was placed for us… a substantial dinner, and a variety of wines. Then we had coffee and tea. Soon after a fiddler appeared, and a little ball began. Rasay himself danced with as much spirit as any man, and Malcolm bounded like a roe. Dr Johnson was so delighted with this scene that he said, ‘I know not how we shall get away.’